On TikTok, it’s the newest skincare trend. Believe it or not, Biafine, this old-school French pharmacy product from the last century is “the” trendy product, the must-have to bring back from your vacation in France. Well, let me tell you what I think about this “Biafine trend”!

If you’re reading this from France or if you already know this product, I can see the confusion in your eyes… Yup, I’m talking about Biafine, that old school greasy cream that people in France use for ages on burns and sunburns, to help the skin repair itself faster.

Apparently, skincare addicts (mostly Americans) have just discovered its existence and are going nuts about it!

The funniest TikTok I’ve seen (so WTF, because this TikToker is really talking nonsense here!) is probably this one. I can’t resist showing it to you:

In short, if you listen to them, Biafine is the most wonderful product in the world: it moisturizes the skin, regenerates it, repairs it like no other, even makes coffee and laundry! 🙌🙌🙌

All this for less than 5 euros, what’s not to love! Well, let me clarify… less than 5 euros IN FRANCE! In the US, some (scam!) websites sell a tube of Biafine for $40!!! So, with such a huge price gap, you can almost understand the hype 😉

You can see why the most touristic pharmacies in Paris have been ordering them in industrial quantities and have shelves full of Biafine to be able to meet the demand! If the product is out of stock at the beginning of September in France, you’ll know why 😂 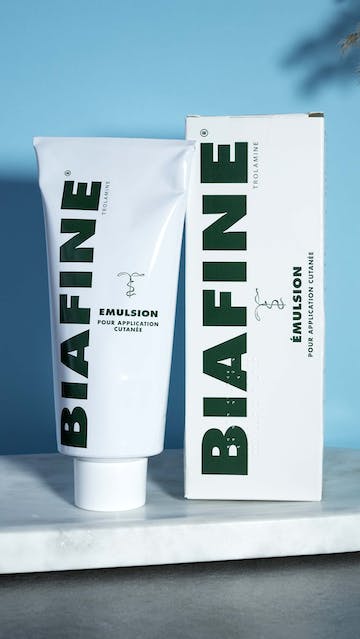 OK, but is Biafine really that amazing? (Do I need a tube ASAP?)

Biafine has been sold in France for ages (this product was developed in the 70’s). At the beginning, it was an ointment prescribed by doctors, with a prescription, to soothe burns. Since then, you don’t need a medical prescription anymore, you can find it in French pharmacies for less than 5 euros.

It’s a product that all the French households or almost have at home. It is typically the product that you put in your suitcase when you go on vacation. Because Biafine is essentially a product that is used for burns but also for sunburns.

But personally, I really think that there is better on the market. I use it extremely rarely. For starters, with all the sunscreens I have at home, do you really think I get sunburned? 😉
And for the burns, I rather have Cicalfate, or Cicaplast… In short, more modern soothing and healing products than Biafine, which are more efficient and more enjoyable to use.

Because for me, using Biafine on the face to “regenerate your skin” like these TikTokers in the US, it just doesn’t make sense! The formula of Biafine is just an emulsion based on a little water and a lot of fatty ingredients like mainly paraffin, as well as a little avocado oil and squalane. No really active ingredients that would justify the huge hype it’s getting online!

And if you thought that the Trolamine it contains was the miracle ingredient that changed everything: nope, sorry! It’s just an ingredient that stabilizes the pH of the formula; it doesn’t really have any miraculous anti-inflammatory properties.

Don't miss out on new content we publish.
Hey, it could be what helps you find the exact skincare product you were looking for.
We wouldn't want you missing out on that now, would we 🙂

But if you tried it, you’re going to tell me that Biafine is still super effective. That you’ve tried it on your sunburns and that it helped! Of course… but if you had used another greasy and occlusive product, or even pure paraffin on your skin, you would probably have obtained the same result.

That’s the “cataplasm” effect of oily products applied on the skin: the product is so occlusive that it prevents the natural hydration of the skin from evaporating too quickly. And this layer of grease means that the skin, thus protected, can repair itself more quickly. But imagine if you used a healing product like Cicalfate or Cicaplast that also contain soothing and anti-inflammatory actives: well, it would work even better, and faster! 😉

Sure, Biafine is cheaper, but personally, I prefer to invest a few more euros to have a true effective product at hand if needed! 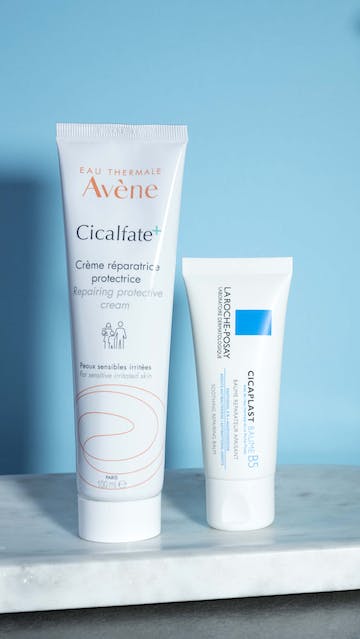 And what to make of the”Biafine controversy”?

Obviously, when there is a big TikTok trend going on, there are inevitably detractors…

And in France, it’s elle.fr that started the hostilities!

The Biafine surge on TikTok didn’t go unnoticed by the online magazine which published a few days ago an article headlined “Using Biafine as a moisturizer: good or bad idea?”

In this article, the magazine claims that Biafine used every day on the face could be “potentially dangerous”(insert eye rolling emoji here). The journalist bases this statement on the allegations of a French cosmetic application (INCI Beauty, not to mention it) which claims that the Trolamine contained in Biafine would be carcinogenic.

I wanted to verify this claim, and after a few minutes spent on Google, I quickly realized that this was a very dubious shortcut. Apparently, doing a little research to corroborate the claims of a cosmetic application was not on the agenda of this journalist the day she wrote her article…

Because trolamine (or triethanolamine) used alone in a formula is absolutely NOT cancerogenic. It is only when it is combined with certain preservative ingredients (N-nitrosating agents) that it can become a nitrosamine. And there, indeed, this combination would have a potential cancerigenic effect (not for the skin, however).

And in Biafine, there are no preservative ingredients that are N-nitrosating agents. The preservatives used are other ingredients and do not cause a combination with trolamine.

If you want to dig a little more into the subject, you can read these two articles on the topic:
https://www.byrdie.com/triethanolamine-for-skin-4777052
https://incidecoder.com/ingredients/triethanolamine

In short, as often, this is a good example of a fear mongering article without substance, or real arguments to support its claims… Coming from the French press, I am unfortunately not very surprised. 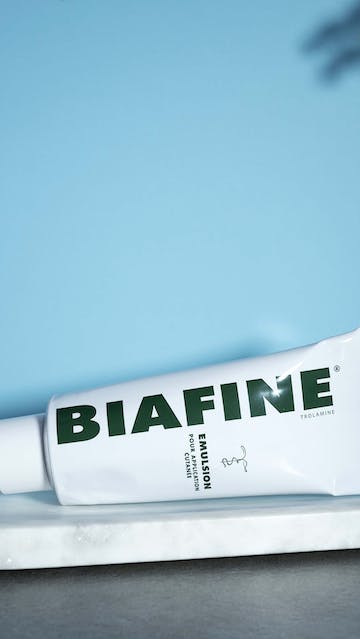 Clearly, as I said above, there are better products on the market than Biafine. But if you live in France and have a pharmacy nearby, it remains a very cheap product that can be useful when needed.

So it’s neither a miracle product that serves all purposes as so many TikTokers would have you believe, nor a dangerous product as some obviously very misinformed cosmetic applications say (pleonasm… 😒).

Finally, if you’re visiting France and want to know what great products to bring back home, I wrote a whole article on the subject with lots of recommendations and you can check it out here: My best of skincare from the French pharmacie

My best of skincare from the French pharmacie

If you're a regular BTY ALY reader, you already know that I have a hard time making choices. That's why I never do "favorites" posts. And I already have a feeling that this article will look more like a very long products list than a curated selection of my favourite French 'pharmacie' beauty products. Oh well, you've been warned!

I don't often talk about French pharmacy products, I know. But when I find a gem like Vichy Minéral 89 Eyes, I have to share the love!

I must warn you. This year, I tried so many new sunscreens that it was impossible to feature them all in one article, it would have been way too long! I decided to write three separate articles, and I'm going to start today with the European sunscreens. So let's do this!